The first ever "great neighbourhood pumpkin patch" was held on our street tonight.  Inspired by the great  "pumpkin patches" that spring up in neighbourhoods in Toronto and Montreal (and last year uptown Waterloo), we spent a little time organizing for this same kind of event to take place in a nearby park.  The idea is simple: people bring their carved pumpkins to display in one large communal patch on the evening after Halloween, offering an opportunity to share creativity and simply give neighbours a chance to meet each other in an informal setting.  In Toronto many of the pumpkins on display have been grown in a community garden within the neighbourhood, which adds another layer of community involvement that we love.  On fairly short notice, and as a first time event, we think it was a grand success - there were nearly 50 pumpkins gathered and an estimated 75-80 adults and children mingling in the park.  We plan to do this again next year, and hope it can become an annual event that brings people from this neighbourhood together. 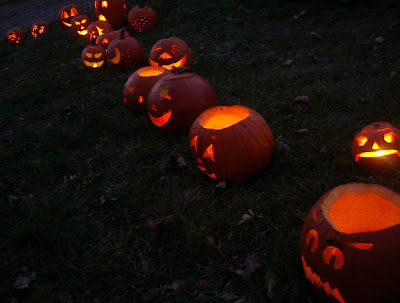 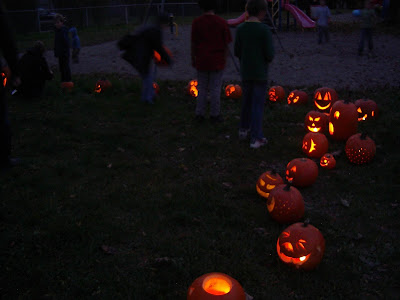 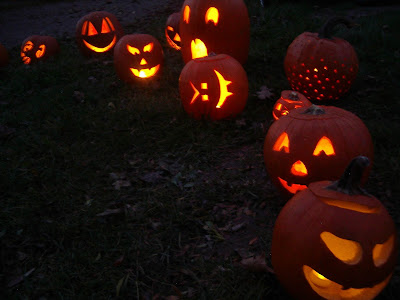 Posted by littlecityfarm at 6:25 PM