We have kale in absolute abundance in our garden - when added together in all the places we've planted it, we have nearly 3 of our raised beds filled with kale.  That's a lot of kale.  But, we love kale (and our chickens can't get enough of it either), and it keeps well in the ground, long into the cold months that are ahead.  It's a pleasure to go out in January, when the garden is deeply buried under snow, and dig out a patch of kale to harvest for supper - still fresh and crisp as if it had been kept in a refrigerator.  Yes, kale is likely the plant we grow the most of here (a close race with tomatoes).  Crinkly dinosaur kale, red Russian kale, green curled kale, we love them all - and such a versatile plant to cook with - made into potato-kale soup, thinly sliced with tofu in miso soup, or added into chili; blended in fruit smoothies; stir-fried with tamari, or steamed with a little hemp oil; served on toast with eggs, added chopped into pasta; made into a warm kale salad with balsamic dressing and toasted nuts; tossed with tahini-garlic sauce; kale stands up well in most dishes.  Here's a quick simple recipe we made up for dinner this evening, using all our current garden harvests - carrots, eggplant,  red peppers, tomatoes, zucchini, kale (of course)!

This is a versatile recipe - it's a guideline, but add what you have that needs to be used up in your garden.  Let everything cook slowly, simmering for about an hour in a large pot.   So simple!  Serve this thick stew over whole grains like brown rice or quinoa, or with hearty slices of homemade bread. 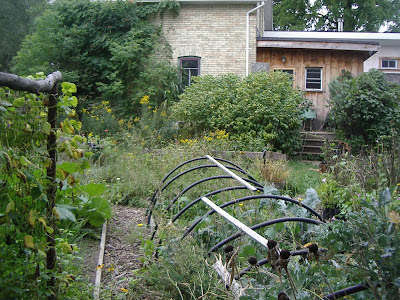 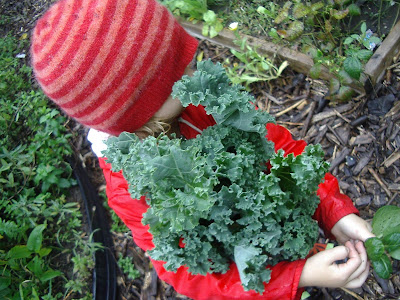 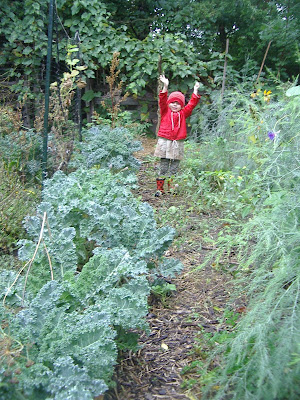 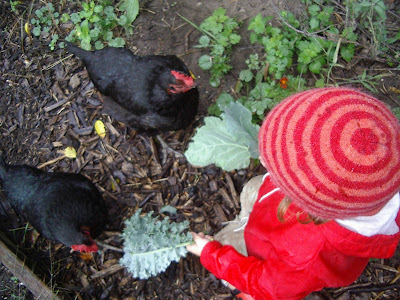 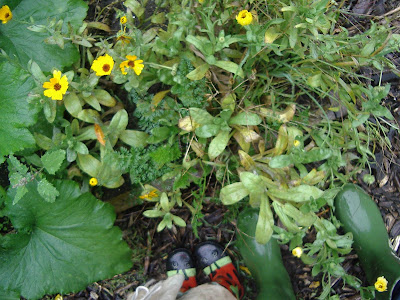 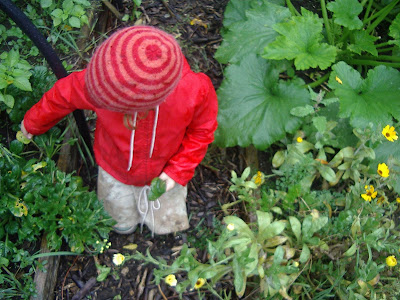 Posted by littlecityfarm at 7:10 PM