I take on custom cake orders from time to time - and I especially love to do this during summer months when edible flowers and berries are available for simple, elegant decorations.  Here are a few of the latest cakes that have left our kitchen...some vegan, some gluten-free, some sugar-free, some wheat-free - we can do it all!  The flowers for decoration are from our gardens...

In case people are interested in a few details - the first is a gluten-free flourless chocolate cake that is near the top of the list for most decadently rich that I have made - it's tastes like a chocolate mousse cake with a crisp brownie-like top.  The recipe is from an excellent blog with loads of recipes called the Gluten-Free Goddess.

The second is a vegan vanilla cake with raspberry filling and chocolate vegan buttercream icing, and calendulas - the recipe was adapted from a book all you vegan bakers will already be familiar with - Vegan Cupcakes Take Over the World.

The bird cake was an attempt at a vegan, wheat-free, sugar-free cake for our 2-year old's recent birthday.  The bird and nest were shaped out of vegan pie dough, and the icing made of sweet potatoes and maple syrup (so the colour of the cake was a light orange, not quite what I had in mind but it was ok).  The cake was made with cooked millet, which doesn't sound like it would be tasty, but the grain actually made the cake quite moist and there was enough vanilla in it to give a nice flavour.  The cake and icing recipes come from a cookbook filled with simple healthful recipes for the whole family, called Feeding the Whole Family: Cooking with Whole Foods.

The fourth cake is a vegan triple chocolate layer cake, again adapted from Vegan Cupcakes Take Over the World (basically make a triple batch of cupcake batter, but bake it in 3 large cake pans).

The next cake was a sugar-free carrot layer cake, with icing made of cream cheese and agave.  This was also a birthday cake - it's decorated with bergamot petals and violas. 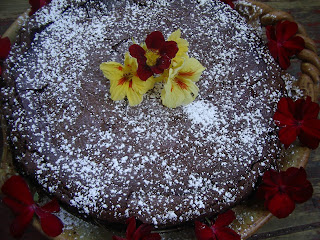 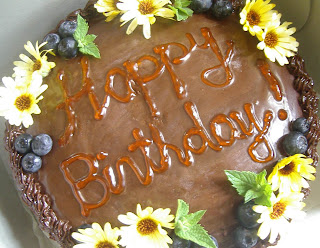 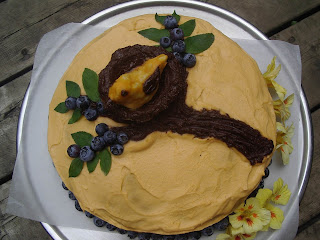 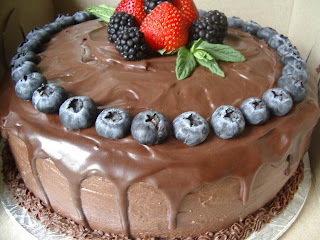 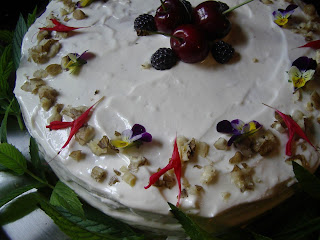 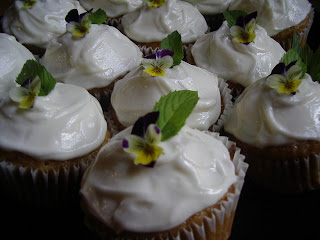 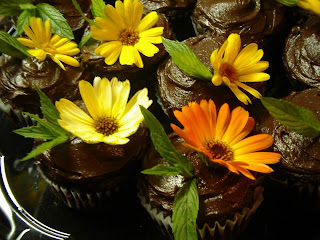 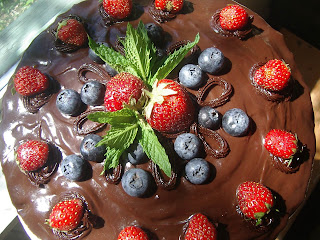 Posted by littlecityfarm at 9:13 AM