I was looking forward to leading this workshop all year!  On Saturday we had the first vegan baking workshop here at Little City Farm, something I've been meaning to teach ever since we started hosting workshops here three years ago.   I love baking!  I've been vegetarian for more than 20 years, and experimenting with healthful baking for nearly two decades....beginning with Frances Moore Lappe's Diet for a Small Planet back in the late 1980's (when it was nearly impossible to find ingredients like soy milk or tofu in the small town I was living in); then as I moved to a larger city where I worked with food co-ops and frequented vegan cafes, discovering Uprisings: The Wholegrain Baker's Book (which features best recipes from a huge range of worker co-op bakeries across North America!); then living on an organic farm where the diet was largely macrobiotic, learning about macrobiotic desserts through Michio Kushi's book; then living in K-W where I was baking vegan and wheat-free treats for several cafes and health food stores using influences from the slow food and local food movement, sourcing local organic whole grains and locally sourced ingredients as much as possible, and more recently trying out more gluten-free baking because of the large number of requests I get for wheat-free gluten-free custom baking...and by now my shelf of baking cookbooks, vegan and otherwise, is stacked high with well-worn copies and ear-marked favourite recipes.

As for most vegans or vegetarians (or foodies for that matter), we all have interesting food histories that shift as we discover new research and experiment with what works for our bodies, our ethics and of course our budgets!  During the vegan baking workshop I talked about how to stock a vegan pantry - the kinds of staple ingredients you might want to consider, and weighed the options based on how versatile they are and how much they cost.  A sweetener like agave nectar might lend a luscious light flavour to a vegan truffle, but maple syrup is a local, more cost effective replacement.  Organic sundried sour cherries are divine in a vegan shortbread cookie, but cranberries can make a nice substitute and are a fraction of the price.  Organic coconut oil creates a creamy buttery flavour and is a non-soy product, but often simple oils like sunflower and olive can work just as well...and the list goes one.

Then we did our tasting portion of the workshop, which was focussing on holiday treats - I had made 11 different vegan treats (I admit it was just too difficult to narrow down the recipes), to demonstrate examples of egg, dairy, butter and wheat substitutions.  There were lemon bars using silken tofu as an egg replacer; almond thumbprint cookies using arrowroot as an egg replacer; a shortbread variation using tahini in place of butter; raw cacao truffles using agave and maple syrup; raw gingerbread people using pecan flour and flax "eggs"; "ultimate" brownies and blondies that used brown rice syrup to sweeten; and the most decadent offering, a cashew cheesecake where cashew "cheese" (made with soaked cashews, lemon and nutritional yeast) replaced cream cheese and xantham gum added to make a rich creamy filling. 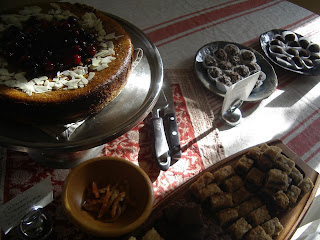 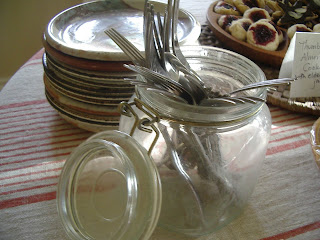 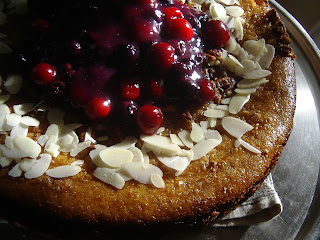 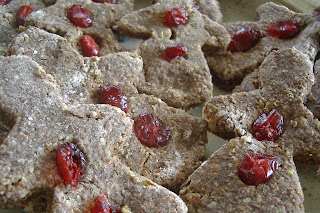 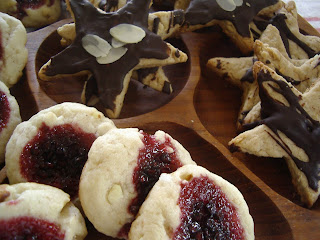 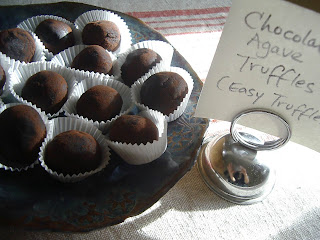 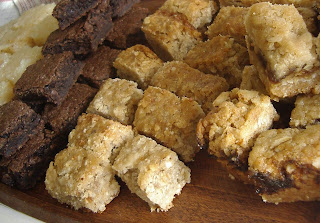 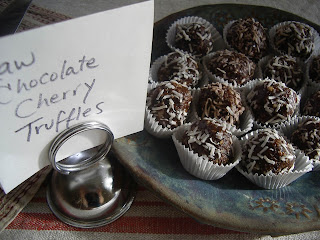 Posted by littlecityfarm at 1:09 PM